During their visit, the three stalwarts of Indian Football, who were appointed as official advisors of the Zinc Football project back in June 2021, said in unison that they were highly impressed with the talent, facilities and the country’s first-ever ‘technology-hinged football training’ curriculum that Zinc Football has to offer. In what was the Advisory Board’s first visit to Zinc Football, they also added that with initiatives such as Zinc Football, Rajasthan possesses extremely good young footballing talents who can not only win laurels for the state but succeed at much higher levels. 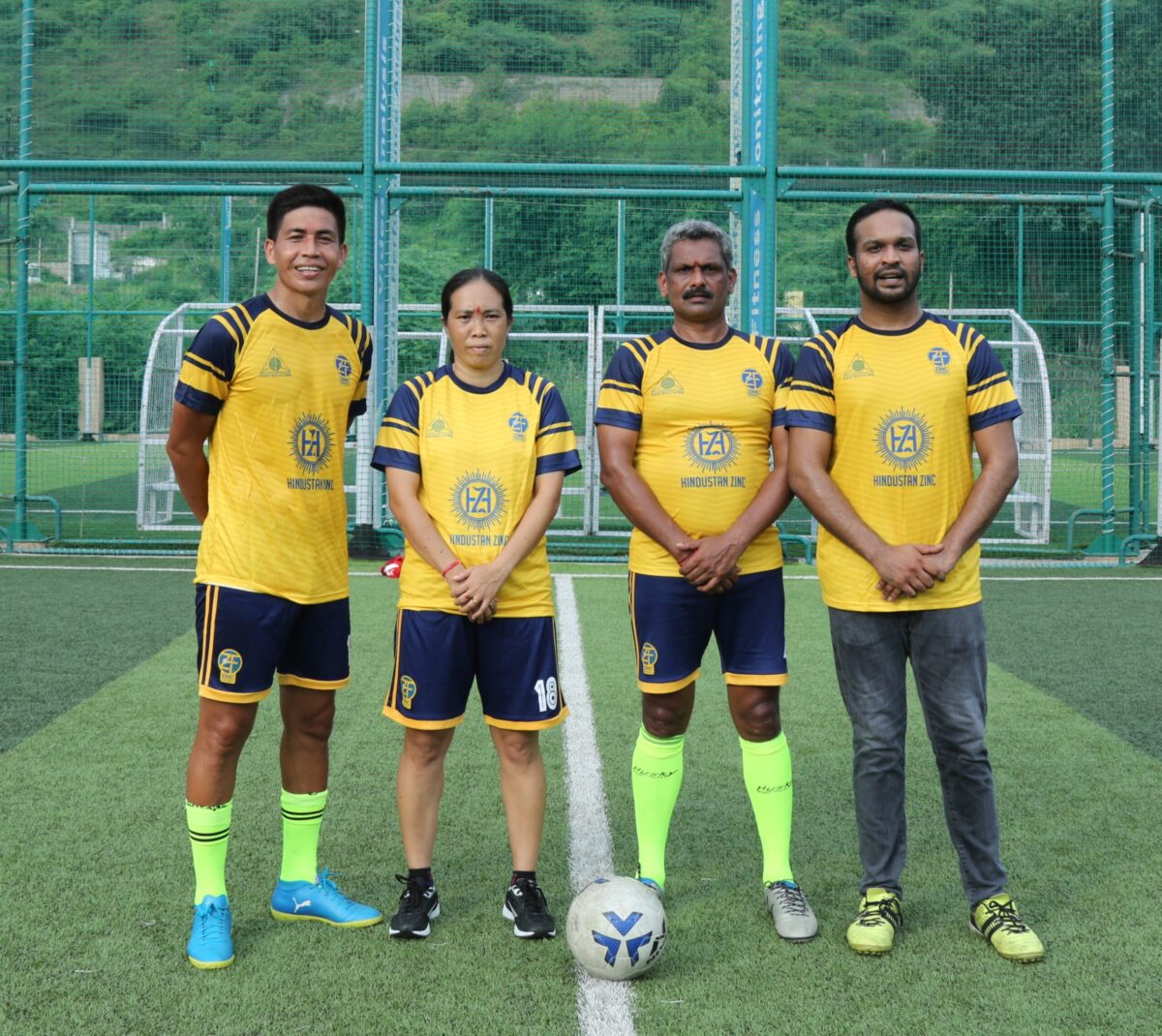 Renedy, Bembem and Shaji engaged in an interactive session with the coaches as well as the young footballers of the Academy and were delighted to see the state-of-the-art infrastructure in Zawar, further sharing that initiatives like this would lead Rajasthan and Indian Football to greater heights in the future.

Speaking on his visit, Renedy Singh said: “I am impressed with the infrastructure and facilities at Zinc Football Academy and it certainly has the potential to be among the best and also produce some really exciting talents for the Indian Football Team in the future. During my younger days, I never had access to such world-class turfs and facilities, and I think these young kids, with the potential that they have, should really build and work hard on this brilliant opportunity.”

Arjuna Awardee and Padma Shri winner Bembem Devi said: “I am really happy to be part of the Zinc Football advisory board. I was excited to visit the Academy and I must applaud Hindustan Zinc for creating an excellent

previous
Zinc Football Kids Should Look Upto Players Like Ashutosh & Lalengmawia, Says Former ISL Coach
next
Hard Work And Dedication On And Off The Pitch Made Lalengmawia The Youngest Captain