Zinc Football was awarded as the ‘Best Grassroots Football Project of the Year’ at the inaugural Football Delhi Award Night. Held at a glittering ceremony in the capital, the awards recognized Zinc Football’s efforts towards promoting grassroots football and building an ecosystem around the sport. 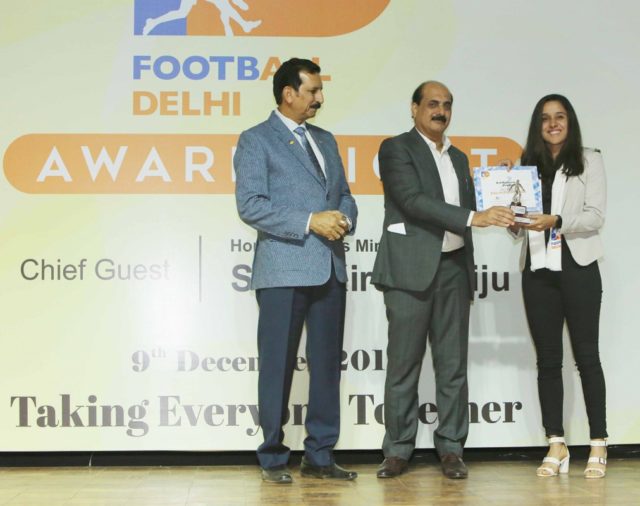 The Hindustan Zinc Limited’s programme has pledged its support to the development of Indian Football with particular emphasis on social and economic upliftment, youth development, community building, women empowerment and promoting healthy living.

Mr. Sunil Duggal, Chief Executive Officer of Hindustan Zinc Limited, said, “We are really proud of this achievement and honoured to receive the award for the Best Grassroots Football Project of the Year. This recognition will motivate and inspire us to work even harder to achieve the goal of holistic development of the local youth through football. Zinc Football will be even more focussed in its endeavour of nurturing football players at the grassroots level.”

The first-ever Award Night organised by Football Delhi – the official governing body for football in New Delhi, focused on honouring people who have contributed to the development of football in the country.

Mr. Shaji Prabhakaran, President, Football Delhi, said, “Zinc Football is truly a novel initiative and is a worthy recipient of the Best Grassroots Football Project of the Year award for the landmark work they are doing in Rajasthan. For the upliftment of grassroots football in the country, we need more corporates such as Hindustan Zinc to come forward and help the game of football.”

previous
We Are The Change, Says Goals For Girls
next
Rajasthan's Biggest Youth Football Tournament Launched