The under-17 team of Zinc Football Academy played three friendly matches in an exposure tour to New Delhi in December.

In the first match, our team went up against the youth squad of Indian Super League giants Delhi Dynamos, now Odisha FC at the Jawaharlal Nehru Stadium, New Delhi. Our boys started the match in a positive way and kept the pressure on the opposition for most part of it. We scripted a memorable victory with the score board reading 4-1. Gaurav Meena scored a match-winning brace while winger Janminthang Haokip and centre-forward Ashish scored a goal apiece. 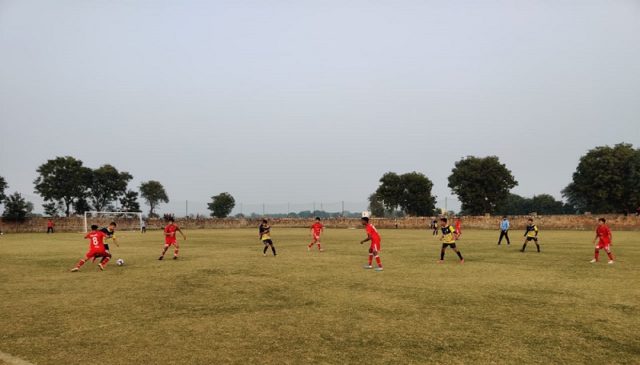 In the second match, we faced a tougher opposition in Bhaichung Bhutia Football School Academy. The host dominated the proceedings and eventually won the tie 5-0.

Coming from an unfortunate defeat, our players were desperate to end the tour on a high as they faced Royal Rangers FC in the final match. Zinc Football Academy showed early promise to go into the break with a healthy 3-0 lead with Jangminthang and Gaurav scoring one goal each in the early minutes while Aman Khan added one to his tally from the penalty spot. The second half was more intense with both sides finding the back of the net once each. The score read 4-1 at the final whistle.