On 24th December 2019, Hindustan Zinc, in partnership with Rajasthan Football Association, announced the commencement of a massive football project – the Zinc Football Youth Tournament, with an aim to create a funnel to identify and promote the best footballing talent in the state. The inaugural edition of Zinc Football Youth Tournament will be conducted over the next six months, covering all the 33 districts in the state and will see participation of more than 500 schools and over 5000 young girls and boys under the age of 15 years. 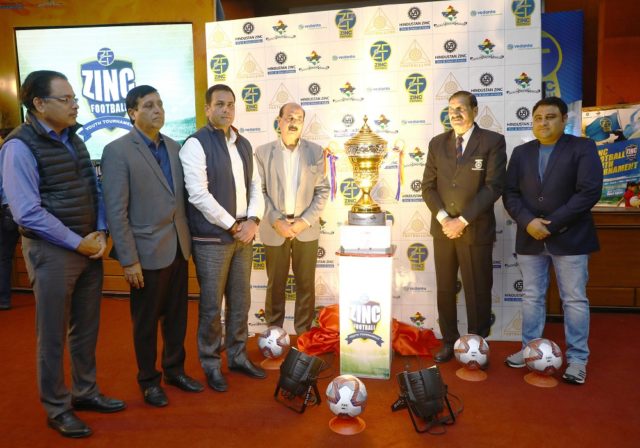 Slated to kick-off from January 16 2020, the Zinc Football Youth Tournament will start at the zonal levels, then to the state level in Rajasthan, the winners of which will move into the final face-off round to determine the ultimate Champion of Rajasthan, which is scheduled to be held in July at the fabled Zawar Stadium in Udaipur. Believing this to be the platform towards producing another Magan Singh Rajvi from the State, Zinc Football scouts will keep an eye on each and every match and player to spot the worthy talents and provide them an opportunity to be a part of the Zinc Football Academy at Zawar.

The Zinc Football Youth Tournament will be one of the biggest state youth tournaments in the country, and is in line with Hindustan Zinc’s commitment to ushering a football revolution in the state of Rajasthan. Zinc Football, the flagship youth football development programme of the company, with its residential academy and community outreach initiatives, has already started to make a mark in the football landscape of the state and the country.