Coach Chandrakala Rao from Hanumangarh district in Rajasthan joined Zinc Football Academy back in 2018. The 33-year-old’s childhood was not exactly a fairytale and was filled with hardship. Her father passed away while she was still in the Xth Standard and her elder brother died in an unfortunate car accident while returning from his work a few years later. It took her family some years to recover, but Chandrakala and her sister decided to step up and take care of their mother.

Chandrakala often used to accompany her elder brother, who was a Santosh Trophy player, to the football tournaments and practice sessions, where at first, she used to watch the boys play and eventually, started practicing herself on the sidelines. Soon after, she assembled a group of enthusiastic girls from the neighborhood and convinced them to join her battle to form the first women’s football team at our hometown Nohar. 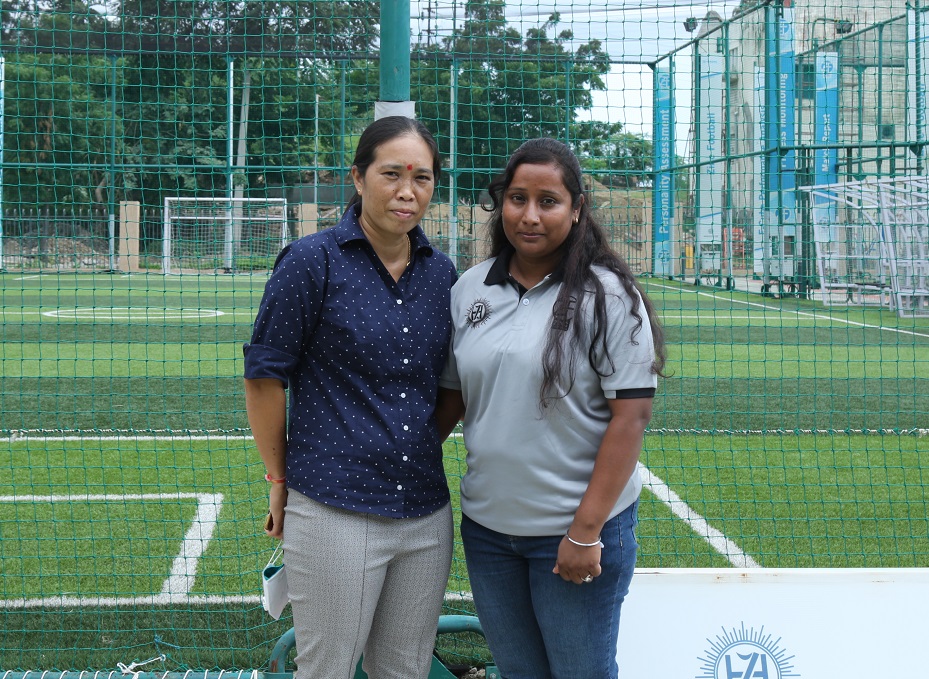 She still remembers her brother, who was more like a friend and mentor to her and the family. Ever since he departed, she started to living his dream of making a career in football.

Chandrakala has played various tournaments at the District, State as well as National level. But things didn’t turn as expected and the pressure to immediately earn a living in order to run the family forced her hand into coaching. She started training kids in her former school and also helped a few primary class students with their academics for 5 years

The brave small town girl appeared for a coaching license exam held at Zawar, Udaipur back in 2018, where Zinc Football scouts appreciated her dedication and passion for the sport. She was recruited as a coach of the Zinc Football Community Centres in Zawar where she trained over 50 children.