Midfielder Karan Beniwal was born in Suli Khera village in Haryana. His father is a farmer while his mother took care of the households. Since a very tender age, Karan used to accompany his uncle to the football pitch where he watched the elders from the village go toe to toe with each other before eventually becoming a player himself. The fact that he used to play with players much elder to him without any fear resulted in the development of his overall gameplay and also his mindset to never give up at any given situation.

One of Karan’s favorite childhood memories is when he accompanied his uncle to nearby villages and cities to play tournaments and more often than not, managed to catch the eyeballs, mainly due to his age. Seeing his immense potential, Karan’s uncle recommended his father that he should be properly trained in an academy for further development. 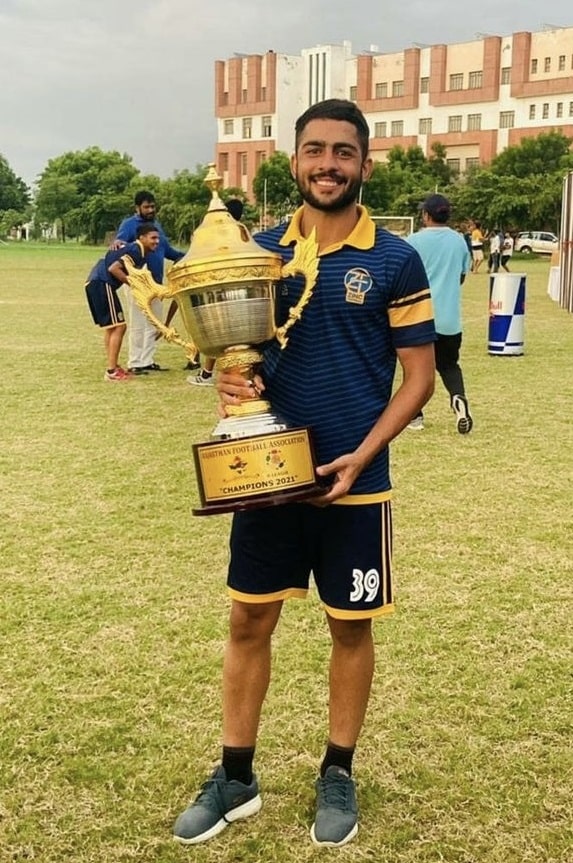 Soon he left his village to study in a school in Ganganagar where football was one of the driving forces. He became an eternal member of the school team, representing the district and state in various national tournaments. Karan was selected in the U-13 team of Indian Super League club Delhi Dynamos back in 2018 where he trained for eight months before leaving due to financial constraints of living in a city like Delhi.

Karan continued to work hard on his game with the support of his uncle and was soon awarded with a scholarship by the Zinc Football scouts in early 2020. Since then, he has represented the team from Zawar in friendly tournaments in Goa and also played a pivotal role in Zinc Football Academy winning the Rajasthan State League in 2021.